Pioneer, what is it like to be the first to do something? Imagine walking through the floresta and discovering Grand Canyon where
one feels as if one has reached the end of the world. Imagine the awe of the first person to see one of the three major waterfalls…so
exhilarating is their power.

I have just awakened from a dream and wonder why I dreamt it. I was being given a hostile life review of my career in pharmaceuticals by a committee.

I have been given several life reviews in the last few years. The first time it happened, I wondered if I was about to die as they say your life passes before you. My guides laughed and that I have a long way to go. The first review showed me most of my major screw-ups. There were many and covered most of the ten commandments, no sin left untested. I watched this exposé of stupidity and selfishness with detachment, feeling more pity than shame for this woman struggling through life.

The other reviews have been kinder, showing my basic desire to have a fulfilling life with a measure of justice and integrity.

The early morning dream to which I awakened today was about me being a pathmaker. I have never given much thought to this. It is like me having green eyes, being the first to do something is just part of who I am. Now I sit pondering this trail blazer role, this inability to conform to societal demands. Where did this iron will come from? I was raised in a climate of “what will the neighbors think?” At times I have outwardly “played the game,” but always inside remained fiercely independent, a wild stallion galloping through life, tamed by none.

I am moving to a house within the floresta where I will live alone. There is no need for me to hire someone to tend a garden or me for this is God’s job now. I will be comfortable there and will savor the solitude. I am protected in ways of the Earth and beyond. I finally realized that the delays for the move are giving me time to close the door with all resolved so I can start this new chapter with fresh trail blazing vigor.

This year, 2012, has been a unique year for most. Lots of upheaval, and the chaos of change. I expect most will be transformed in some integral way. It will be up to us individually how we manifest our new beginning.

We also have the possibility of joining others to bring about an alchemy of human spirit. If we will do this remains to be seen, but I am optimistic for I believe the 100th monkey has long been passed. Only the Light will prevail for, in the end, there is no other source other than our Creator of All. And so it is. Amen. 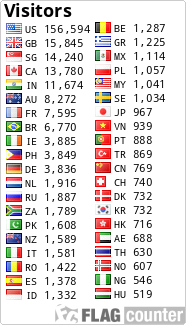